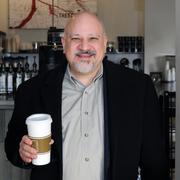 Albert D. Melfo is the Director of Annual Giving for Kent State University, in Kent, Ohio, where he is responsible for planning and implementing the University’s central annual giving solicitation efforts. He has held this position since August, 2001. At Kent State, Melfo is a member of the Advancement Operations staff for the division of Institutional Advancement. As Director of Annual Giving, he oversees a centralized multi-channel annual fund marketing operation, which utilizes direct mail, telemarketing, email, social media and face-to-face and volunteer efforts. Melfo is the author of "Scripting and Training for Effective Fundraising Calls," published in 2011 by Academic Impressions. This 41-page monograph provides a hands-on, structured guide to training callers to make effectively fundraising calls. The paper discusses training techniques, the five stages of an effective call, and tried and true methods for coaching callers to respond to prospect concerns and objections. Additionally, Melfo has been a faculty presenter for Academic Impressions. He has presented at the CASE V District Conference and the SmartCall Users Group, and his contributions have appeared in publications and online (Successful Fundraising, SupportingAdvancement.com and AdvancementWebinar.com). He is a contributor to FundList, and has been profiled in the Madison Who’s Who of professionals. Before coming to Kent State, Melfo spent seven years at the University of Pittsburgh as Associate Director of Annual Giving. In this role, he successfully managed the conversion of the PittTeleFund from a manual to an automated environment, and established the operation as one of the top performing higher-education phone centers in the nation. Prior to his career in higher-education, Melfo served in key management roles in which he was responsible for fundraising, subscription and membership sales for regional non-profit visual and performing arts organizations. Past clients include the Pittsburgh Public Theater, the Pittsburgh Center for the Arts, the Carnegie Museum and the Pittsburgh Civic Light Opera. Melfo, along with other Kent State colleagues, was a 2007 recipient of three Gold Awards and one Silver Award presented by CASE for the “Request-A-Bequest Program,” a partnership between the Kent State University Annual Fund and Center for Gift & Estate Planning. The program successfully utilizes the division’s in-house call center to generate qualified planned giving prospects. Since its inception in 2005, the program has generated outright gifts and bequests valued at over $1 million. More recently, Kent State’s “Campaign for Change,” a grassroots, student volunteer-driven effort to education undergraduates on the meaning and purpose of philanthropy, won a 2010 “Pride of CASE V” Bronze Award in the category of “Best Practices in Fundraising and Development, 10,000 or more.” Melfo is a graduate of Case Western Reserve University, where he earned his B.A. in English, with concentrations in Journalism and Creative Writing. He resides with his son in Tallmadge, Ohio.