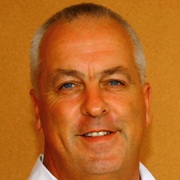 http://chrisramsden.com.au (not active really, but i am about to get going)

Chris Ramsden has a depth of experience in education and a love of educating through play. I work in partnership with schools to help students and teachers develop the 21st century skills and competencies needed to become engaged lifelong learners. I started his journey as an educator in 1990. I taught physical education in an inner city government school in the UK for 11 years. I became Head of Senior School after 3 years, a management position which I enjoyed until leaving for Australia in 2001. I was recognised by the UK inspecting body ‘OFSTED’ as an outstanding teacher, and in partnership with colleagues I led pastoral and curriculum initiatives in the school. In 1999 I returned to Australia, (having back packed in 1986) with my wife Alison on an educational exchange to Ulladulla in New South Wales. This served to galvanise us into a permanent move and we have settled happily into life in Adelaide where we have family connections. Arriving in Adelaide in 2001, I continued my vocation at Immanuel College as a teacher of physical education and Head of Boys Sport. In 2003 I moved to Scotch College as Head of Physical Education. During my time at Scotch, I immersed myself fully in College life, and, as well as leading as Head of Faculty, I also relished the challenge as Head of House where my love of the holistic development of students was to the fore. The birth of our daughter Jessica in 2004 started a new chapter for the family and has re-affirmed for me the immense importance of getting education right in the formative years. Grounded as I am in games and play, the opportunity to contribute to the educational development of young people through the Mind Lab methodology proved irresistible. Thus I resigned from Scotch at the end of 2007 and embarked on a quest to spread the globally successful Mind Lab to the Adelaide and Australian market. “I entered the noble profession of teaching with a familiar aim; to make a difference! More and more in recent times, education has seemed to reflect the filling of bottles rather than the lighting of candles. I see a major part of my developing mission as introducing contemporary methodologies and technologies to the 21st century education environment, so that once again I can feel content to be making a difference. Games are a microcosm of society and have immense potential to develop thinking skills alongside social, emotional and ethical considerations. I know from my experience as a teacher that students have grown from their involvement in game environments and to be able to contribute to their cognitive reasoning and transference across subject areas is very exciting.”