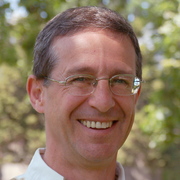 Being able to speak Japanese gave me the opportunity to have a fulfilling career in international business. In Japan, I led the operation of an international investigative firm. I witnessed firsthand how western companies whose management didn't speak Japanese or try to engage with the culture could suffer from various problems with their workforce, including extortion and fraud. Companies with managements that spoke the language rarely suffered from these problems. I founded Avant Assessment in 2001 after moving to Eugene, Oregon to help build the assessment tools that could help to build bridges that span the language and cultural gaps that all too often separate us.