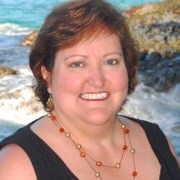 Dr. Embry holds three nationally accredited degrees: Doctor of Management in Organizational Leadership from University Of Phoenix School Of Advanced Studies, Master of Arts in Human Resources Development from Webster University, and Baccalaureate of Business Administration from McKendree College. She believes in continuing learning both on and off the job where she serves as a Training Unit Chief with a federal agency where she also served as Branch Chief, Program Manager, Supervisor, and Officer. Other professional highlights include detailed positions in Kingston, Jamaica; El Paso, Texas; and Los Angeles, California. She served as CFC Coordinator and Executive. Sheila has been recognized with multiple awards including the Secretary’s Award For a Lifetime of Public Service, the Director’s Vanguard Award, and the Director’s Pioneer Partnership Award. She was named the CFC Coordinator of the Year and CFC Executive of the Year the following year. Sheila has been named Honorary Citizen of El Paso, Texas, Honorary Kentucky Colonel, and Outstanding Alum from Spencerian College. Previously, Sheila worked as a Local Projects Coordinator for Congressman Romano L. Mazzoli, Third District, Kentucky, and with Hilton Hotels Corporation in Louisville, Kentucky and Irvine, California. She resides and works in the Washington, D.C. area, but dreams of a cottage by the sea with wild rose bushes, night blooming jasmine, amazing sunsets, and coastal breezes.