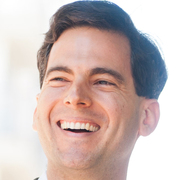 Eduardo is the Co-Founder and CEO of Mindset Works, which he started with Carol Dweck, Lisa Blackwell and others, to help people develop as motivated and effective learners. Eduardo has spoken at numerous industry conferences. He delivered a popular TEDx talk on the growth mindset, and has been featured in prominent media outlets such as NPR and Education Week. Prior to Mindset Works, Eduardo was an Education Pioneers Fellow at New Leaders, where he worked on programs to identify, document, and reward effective school leadership practices. Before that, he was a Principal with the Sprout Group, a venture capital firm in Silicon Valley, where he was part of the technology investment team and served on several for-profit and non-profit boards. Eduardo holds MBA and M.A. in Education degrees from Stanford University, and bachelor’s degrees in Economics and in Engineering from the University of Pennsylvania. Most important, he continues to enjoy lifelong learning every day.