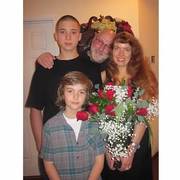 Jim Knight is Vice President of Education for Digital Learning Tree. He holds an MA in Instructional Technology and has worked as an educator and entrepreneur for the past 30 years. He has also served as Executive Director for several non-profits in addition to working in the private sector as VP of Business Development for a number of Silicon Valley Start-Ups. In the earlier part of his career in Instructional Television (1977-79) he coordinated the nation’s largest educational television consortium (five dedicated education channels) run out of a PBS television station in Spokane Washington. During this time he was responsible for providing programming for all five channels in addition to producing school district in-service programs for teachers and administrators. In 2008 Mr. Knight and several other Silicon Valley Entrepreneurs established a company called “Digital Technology Systems”. Since 2008 Digital Technology Systems has incubated and launched three other successful Startups in Silicon Valley. Digital Learning Tree is now a C-Corp Stat-Up with Private Stock and is the main focus of Digital Technology Systems: http://digitallearningtree2.com/ecourse-marketplace/ For more information please contact Jim Knight: jim@digitallearningtree.com Cell: 707-334-1955