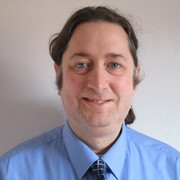 Joe Dale is an independent languages consultant from the UK who works with a range of organisations such as Network for Languages, ALL, The British Council, the BBC, Skype, Microsoft and The Guardian. He is host of the TES MFL forum, former SSAT Languages Lead Practitioner, a regular conference speaker and recognised expert on technology and language learning. He has spoken at conferences and run training courses in Europe, North America, the Far East and Australia. He was a member of the Ministerial Steering Group on languages for the current UK government and was short-listed for a NAACE Impact Award in 2013 too. Joe was recently described in a Guardian article as an 'MFL guru' and 'the man behind the #mfltwitterati.' Joe was key in updating the ICT elements of the QCDA SoW for KS2 Primary French; he also designed games for Heinemann's 'Expo'. Joe has featured in several Education Guardian articles and has himself both written for and been quoted by the TES. Joe has also written for the TES ICT blog and produced video tutorials for the CILT 14-19 website. Joe recently starred on a Teachers TV programme and has spoken about the Rose Review proposals on BBC Radio 4. His blog www.joedale.typepad.com has been nominated for four Edublog Awards.