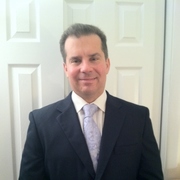 Joseph Tramontana has successful served asSchool Business Administrator and Human Resources Director in theHamilton Township School District which is one of New Jersey’s largest school districts. In this capacity, he was in charge of developing, presenting and managing a Budget of nearly 200 million dollars. Mr. Tramontana has a record of reducing school district costs as well as expanding its revenue base. In his capacity as the school district’s chief negotiator he was able to settle large and complex collective bargaining agreements with one of the state’s most powerful unions. These contracts were well below the allocated budget and less than most competing school districts. Mr. Tramontana was able to significantly expand the district’s commitment to technology, by increasing wireless capacity and expanding network infrastructure. Student computer labs were increased tenfold enabling students to expand their access to computers in order to facilitate learning. In his capacity as Director of Human Resources, he implemented a widely recognized employee safety program. The program made the workplace much safer and significantly reduced employee injuries. This program also reduced associated costs by nearly one million dollars. Because of these efforts the district received close to $200 million dollars in grant money. The district also received awards from the New Jersey School Board’s Association for his efforts. Joseph Tramontana is a graduate of Rowan University’s Business Program and received an Honors Degree from Thomas Edison State College with a Master’s Degree in Organizational Development. Mr. Tramontana maintains a personal blog entitled “The Citizen’s Guide to School Finance”. The blog is able to explain a difficult topic such as school finance and make it understandable to the public. Other topics are covered such as student learning, employee development, leadership skills and the progressive use of technology in the classroom.