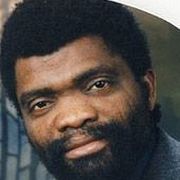 LERE OYEBISI SHAKUNLE is a journalist, mathematician and writer. Lere wrote and directed the play, Tinuke, Beauty Queen of Oyo Empire, which was performed in Berlin in September 2007. He is the author of the novels, Return to Heartland (UK, 2004). Lere Shakunle travelled to the Federal Republic of Germany in 1978 to do Mathematics and Physics at the University of Goettingen during which time he founded, in 1985, a new mathematics called Transfigural Mathematics. Since then Lere has written books and presented papers on Transfigural Mathematics throughout the world, including one at the International Congress of Mathematicians, Berlin 1998, at the 40th Anniversary Celebration of the Discovery of DNA in Chicago, 1993, at Language of Water Conference (Invited Talk), UK, 2001, and at the 6th Annual International Conference on Philosophy by Athens Institute for Education and Research (ATINER) where he presented in Athens, 2011, Greece, a new foundations of mathematics based on Transfigural Mathematics. Lere is the Editor-in-Chief/Publisher of the Journal of Transfigural Mathematics (JTfM) - an interdisciplinary journal (mathematics, sciences, philosophy, literature, arts) - and the Director/Founder of The Matran Schools, International Schools for Cross-Disciplinary Creativity. Lere Shakunle is the President of Transfigural Mathematics Society – An International Society for Foundations Studies. Lere was invited to the first-ever African Brain Gain Conference in Nairobi, Kenya in December 2004. Before coming to the Federal Republic of Germany, Lere worked as a journalist with the Nigerian Broadcasting Service (Radio Nigeria) as a reporter, the Nigerian Television Service (reporter), the Daily Times newspaper (reporter-sub-editor), Student Magazine (Editor-in-Chief, Co-Publisher), and African Spark (Editor) all of which are based in Lagos. In Germany, he launched, during his student days the Outlook Magazine for North-South Dialogue with Anja Schuckart who later became his wife. Lere and his wife, Anja, a former fellow student at the University of Goettingen, Germany currently live in Berlin with their children.