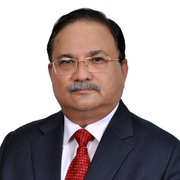 Rajan Johri,54, is a Chartered Fellow of CIPD, UK, MA (Business Anthropology), PGDLP, PGDOB (MSU) and PGDM (AU, Washington). He specializes in strategic business initiatives especially those that lead to Organization and Human Resource Development. He researched on Competency Maturity Modeling at IIT, Delhi. His Flexible Competency Maturity Model FCMM is a significant compliment to the approach offered by PCMM on People and Process strategies. Rajan is a ‘creative’ professional (conceptualized, filmed and produced training films, 1988) and has lived and worked across the Globe especially in Europe, Asia-Pacific, Africa and the Middle East. Early in his career as the Head of Human Resources for National Institute of Information Technology (NIIT) Mr Johri institutionalized many innovative HR practices. He then moved overseas with Toyota and its ME Regional partners. On return to India Mr Johri did an Instructorship at the Indian Institute of Management (IIM), Lucknow. Later he joined Ranbaxy Laboratories as Head of Organization Development and then moved to Boston Scientific Corporation International b.v The Netherlands as Director of Human Resources. In 2002 Mr Johri took charge as Practice Head & CEO for South & SE Asia of KONSORTIÄ People, CRM and OD Practice. In alliance with iCRM, a Consulting Company headquartered in Atlanta, USA he moved to Kuala Lumpur to handle the prestigious Malaysia Panasonic assignment. In India his key assignments were for World Bank – Government of Uttarakhand Swajal Project, Organization Development at QAI, Business and HR Alignment at ABM, Competency Framework and Assessment at Godrej & Boyce and Strategic Business Processes for enhanced rural reach at Dabur Ayurvet Limited. Leveraging his passion for blending theory and practice the Indian Institute of Technology, Kanpur collaborated with him in offering a series of strategic human resource and leadership development programs for traditional business as well as contemporary technology enterprises. He was also the Director of the Global Institute of Flexible Systems Management’s School of Social Change (GIFT) at IIT Delhi. In 2009, when he was the CEO of MB Informatics, a SHELL Service, the University of Petroleum honored him as their Academic Ambassador to GCC Member Countries. Soon after he took charge as the CEO of INMA Technologies, a Management and Technology Interface Solutions Company in the Sultanate of Oman. Returning back to India in 2010 he took charge as Managing Partner of LeadWynn. One of his assignments is being the Principal Consultant with the Leadership Development Board at HCL Technologies. He can be accessed at rajan.johri@leadwynn.com