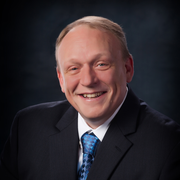 Stephen Wilke is Director, Talent Development at Bluegreen Corporation. In this role he has strategic responsibility for developing and implementing human capital initiatives, including performance management systems, training and development, organizational development and career development. He also works with Bluegreen’s executives and Human Resource managers in communicating the company’s core values, purpose and strategy. Mr. Wilke joined Bluegreen Corporation in 1998 and has been a senior member of Bluegreen’s Human Resources department in Boca Raton, Florida. He served on the Charitable Giving Committee for Bluegreen Corporation since its inception and is Bluegreen’s liaison with the American Red Cross. Prior to joining Bluegreen, Mr. Wilke was a social worker for various non-profit agencies in New York City and Florida and a chaplain at Goldwater Memorial Hospital, Roosevelt Island, New York. He began his career with the Campaign for Human Development, sponsored by Catholic Charities after several years as a Benedictine monk. A native of Michigan City, Indiana, Mr. Wilke received his Bachelor of Arts degree in Theology at St. Mary’s College, Orchard Lake, Michigan and Master of Science in Human Resource Management from Nova Southeastern University in Ft. Lauderdale, Florida. Mr. Wilke earned his Master of Education in Human Resource Development at the University of Illinois at Urbana-Champaign, Illinois and is a certified professional member of the Society for Human Resource Management and the American Society for Training and Development. He recently completed the Master of Arts degree at Saint Louis University in Leadership and Organizational Development.
Visit Classroom 2.0