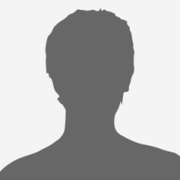 Hello, my name is Teresa Marie Kelly, but everyone calls me TK. I was born just south of Savannah in the area of Georgia known as the Colonial Coast. I grew up on St. Simon's Island until my family moved to Atlanta in 1981; we continued to spend summers on the island throughout my childhood. We moved to Atlanta in 1981. I grew up in Stone Mountain and attended high school and college in Metro Atlanta. I have a BA in English and MAT in Teaching Secondary English from Agnes Scott, a small, all women's liberal arts college (less than 600 students) located in Decatur, a suburb of Atlanta. I was a non-traditional student throughout my time at Agnes Scott. I lived off campus, helped care for ill family members, and worked full-time to support myself, After earning my Master's in 1995, I worked for a small, private college preparatory high school. I began my career there as an English teacher. I eventually became department head then Dean of Academics and Acting Head of School. In August 1999, I began a second phase of my career when I started adjunct teaching for a large proprietary university with a campus near my home. Two years later, I began working for the school's online program and have not looked back. What drove me to online learning? The same thing that drives many of you. My father was very ill and my parents needed me, but I needed to work and teaching was my passion. I found my new passion in online education. I teach student success, composition, literature and communications. I enjoy teaching online tremendously and love working with professional adults. I began teaching online full-time as of July 2003. I began my doctorate in Education Leadership with an emphasis on distance learning in August of 2006. Though that degree is on hiatus, I’m always taking courses and such online, so yes I am an online student as well!) In addition to my teaching, I love to research history – especially post-Roman Britain, the Jacobite period, the Tudors, Elizabeth I, the rise of the British Empire, and all forms of American History. I’m fascinated by earthquakes. I witnessed the Mexico City Quake from a seismology lab, was on the wharf in San Fran during the Loma Priata Quake, and have visited the New Madrid Seismic Zone often. I live in Hurricane Country, but my line is “When Jim Cantorre arrives, we leave.” I’ve lived through two hurricanes, been run out of four states be another, and have experienced quite a few tornados. I do get RSS feeds from the USGS and the NWS. The more you understand about natural disasters, the better prepared you are to deal with them. If there is a new tech gadget out – especially one designed for teaching and learning – believe me I will get it as soon as the “early adopters” work on the bugs. I want it fast and right, not faster and ‘oops there’s a problem’. I am also an avid reader – mainly apocalyptic fiction and alternate history. I’m a sports addict. I tend to worship the Atlanta Braves (I go to about 20 games a year) and am a die-hard fan of NASCAR racing (yes, very out of character I know). I remain loyal to the memory of Dale Earnhardt and enjoy watching Dale Jr carry on his legacy. I’m a self-avowed coffee snob. My favorite day might well be drinking a cup of coffee on the deck while watching a game or a race and developing a video or podcast for my students. It may all sound a bit weird, but for this term I am your weirdo! My greatest loves are my rescue dogs. I built a new home in Coastal Georgia and relocated there in November 2005 with my Welsh Corgi, Trinket, my 115 lb Black Lab Ares, a whippet/collie mix named Sophie who survived Katrina and now is part of our lives for good, and our newest family member, a pit mix named Cocoa that we rescued from death row. Sadly, we lost Trinket in September 2011, but we still look for her. When I am home. I love to cook. I especially like to take traditional recipes and make them gluten free, vegetarian. Diabetic friendly, or all of the above. I love cooking for people and swapping recipes. I travel frequently, as long as no planes are involved. Through my writing and teaching connections on the internet, I have met a wide variety of people from all parts of the United States, Canada, the UK, Africa, the Middle East and Asia. I’ve had students from as far away as Singapore, Angola, and Uganda. My friends Caz, Mary Ellen, Geri, Christie, and a host of others make my travels very enjoyable – even when I’m traveling to present at conferences (which is most of the time). I adore teaching. My philosophy of education is simple- I am here to help students succeed because teaching is not just my job – it is my passion. I also love to learn, especially about technology.