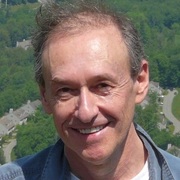 Zor Shekhtman is a mathematician by education, computer software specialist by profession and an educator by desire and inspiration. Zor lived first 30 years of his life in the Soviet Union, where he has received a rigorous math education in the Moscow University and took a leading role in computerization of government statistics. Since 1979 Zor lives and works in New York. He continued his career as a computer software specialist in the area of systems programming, 4th generation languages and investment management. He has passed the Uniform Investment Adviser Law Examination and is involved in hedge fund management. Successful career in computers and finance did not prevent him from taking an interest in the system of education, starting with mathematics for teenagers. Realizing deficiency of the traditional system of education, Zor has decided to create a Web site with his view on how math should be taught to young students. His primary goal was to emphasize the importance of solving problems as the main tool for person’s development. He recorded many lectures on different mathematical subjects and plan to continue this work within a framework of video presentation.